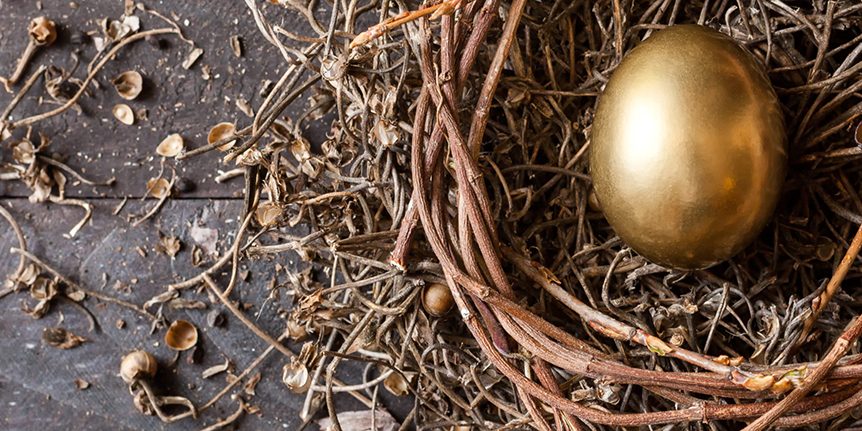 Retirement can be unpredictable and many retirees struggle to balance their spending so they don’t outlive their money. They want to ensure their money lasts as long as they might need it by avoiding more volatile investments, but without being so conservative it can’t earn interest.

One investment opportunity ideal for this situation is the simple CD (Certificate of Deposit). It’s a low-risk place to stash cash that isn’t subject to the whims of the market while earning more interest than a savings or money market account.  Most people know this, just like they know that longer term CDs have higher interest than short-term CDs.

Here’s what some don’t know: staggering maturity dates, called a CD ladder or CD laddering, is a brilliant way to bump up interest rates while still having cash available.

Ladders are especially relevant to older adults living on their retirement dollars. They need cash at hand to pay living expenses and meet certain IRS withdrawal requirements on their IRAs, but also want to earn the higher rates of interest that comes with keeping their money on deposit longer.

They may also want the ability to liquidate their money at certain points to pay for large expenses, such as long-term care, a second home, a daughter’s wedding or an RV purchase.

So what is a CD ladder? It’s a bundle of short-term and long-term CDS with varying maturity dates, structured so that one CD in the bundle matures every year. As they mature, they’re rolled into longer-term CDs until the entire investment is in long-term CDs. Those longer-term CDs also mature each year. Each date of maturity climbs another rung in the ladder, while remaining staggered so that one CD in the bundle continues to mature annually.

Ladders are typically structured so all of the money rolls forward into new CDs on a perpetual basis or length of time determined by the investor, but cash can be removed any time a CD matures. The point of the CD ladder is to have that option available once a year.

For example, if someone invested 20% of their income in CDs, they might chose one-year, two-year, three-year, four-year and five-year CDs. As each of the shorter-term CDs matures, it would then roll into a five-year CD to take advantage of the better interest rates. Because they are staggered so that a different CD matures each year in perpetuity, cash is always available to the investor from the CD maturing that particular year. If no cash is needed, the money automatically rolls into a new five-year CD.

What is the point of this somewhat-complicated shuffling? The total payout for interest is significantly higher than investing in five one-year CDs.

Try this CD Ladder calculator to see the potential difference it can make: http://www.interest.com/cd-rates/calculators/cd-ladder-calculator/

CD ladders aren’t just for retirement—they can be an effective tool for business owners who are hanging on to a large lump sum of cash. Say you start saving in January for seasonal inventory you’ll need in December. A CD ladder can be created that combines one-month, two-month and three-month CDs. They’ll roll forward until all three CDs are three-month maturity dates, which will then roll over twice before you cash out in September. If we use a $200,000 investment in three CDs* compounded quarterly as an example, you’ll end up with an extra $1,810 in your account. That’s nothing to sneeze at.

If you happen to have a CD that allows additional deposits during the term, you can grow your balance and interest without waiting for a maturity date. This is particularly useful for those who’d like the option of investing additional funds when cash flow increases.

If you have questions about Certificates of Deposits or CD laddering, stop in at a Horizon Community Bank branch today or contact your financial advisor. It can be a great addition to your investment strategy!

* Calculations based on interest rates of 0.5% for a three-month term from this source.