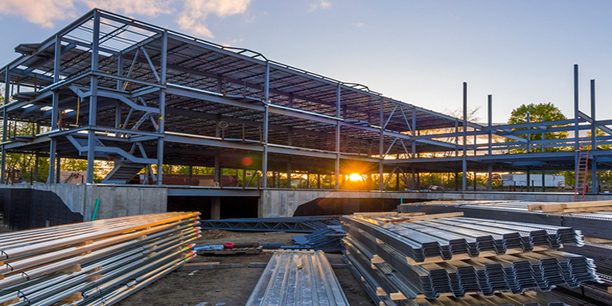 These common obstacles can derail funding

While some kickstart a new commercial construction project by talking directly to a builder, it often makes sense to first confirm you’re financially qualified to take on significant debt. Construction isn’t cheap and exploring how much debt you can comfortably afford may define scope of the build and where you buy land.

Looking for a builder? Here’s why it’s smart to begin the search using a banker’s “preferred builder” list.”

Not everyone starts with the glimmer of an idea, however – some jump into a project that’s a bit further along. Potential borrower’s often approach a lender with a specific piece of land in mind for their project, or with property they already own.

Does this change the process? Not at first.

Most lenders start any sizable loan request with a pre-qualification process to ensure the borrower is creditworthy, and has an appropriate business history and financial means to support the loan application. If it has merit, the next step is chasing down solid numbers from an approved builder. The lender, borrower and builder will work together to define scope of the project, timing and expected cost projections using historical data.

Because it’s too soon for the builder to request bids from its subcontractors—and it’s possible a builder hasn’t even been selected yet—the lender may reach out to their list of preferred builders to obtain costs of similar local projects. It provides solid data to use in the underwriting process.

So where does the process change if the borrower already owns land? It can occasionally derail the loan.

“It’s common to run into obstacles when building on raw land. Because a commercial lender handles so many projects day in and day out, part of our role as the lender is to give advice and warn them of potential problems,” says Vice President and Commercial Loan Officer Nathan Burnell.

While commercial real estate issues are fairly common, such as a building that must be brought up to code when it changes owners or located in a city that requires certain upgrades, construction obstacles can be more difficult to anticipate. Unexpected discoveries made after the land is purchased, instead of before, can  fall outside of the lender’s control.

Senior Commercial Lending Manager Jim Nelson adds, “Actions a potential borrower thinks will move their construction along can actually slow things down quite a bit, or in the worst case scenario, stop it altogether. As lenders, we prefer to be involved earlier, rather than later.”

One common obstacle is a parcel of land that fails environmental inspections. The problem might not even be on the land involved in the construction project, but originate nearby and still impact the project.

“Cleaning up land with contamination issues can be so cost-prohibitive that construction just isn’t possible. In one case, we had a potential borrower approach us with a lot they had already purchased, and it happened to be next door to an old gas station,” said Burnell. “The initial environmental check discovered  decades-old gas tanks buried underground that had leaked for years, contaminating surrounding soil and spreading to the adjacent lot.”

In this type of circumstance, funding of construction stops and the landowner may be held responsible for clean-up, sometimes a costly effort that drags on for years.

If this issue had come to light during a pre-purchase inspection, the borrower could’ve easily moved on to consider another parcel. It would be the seller’s problem, not the buyer’s. With the land already purchased, however, the bank was powerless to help. It created an insurmountable issue that killed the project.

“Unlike typical loans, we’re deeply involved in the actual project management of a construction project we’re funding. While this minimizes our risks in the investment, it also helps the borrower minimize theirs.”

This extra layer of protection can be an excellent reason to secure the loan first, allowing the lender to assist in the land purchase and related inspections.

It also may allow a more customized loan package to be created for the borrower, reducing their out-of-pocket costs or avoiding the creation of multiple loans to cover each stage of construction. Bundling the land purchase with short-term bridge funding to cover expenses of construction is common, followed by refinancing as a commercial mortgage once the project is complete to spread payments over a longer period of time.

Beginning construction before reaching out to the bank can also be a major obstacle. Nelson says, “It’s all-too-common for someone to buy land, thinking they have enough money to complete the project. Then, when it costs more than expected, approach the bank for a loan.”

Why does this matter? Because it’s likely the vendor doing the initial work has put a lien on the land until they’re paid in full, which can prevent the bank from obtaining the first lien position they require on the title.

In order to provide funding, a bank typically is the largest investor in the project, putting hundreds of thousands–even millions–of dollars into the build during its construction. Therefore, they’re only willing to get involved if their lien has a deed of trust attached to the title, giving them first claim of ownership in the chain of title. This ensures their loan is paid in full before the commercial property can be sold, and that the property will revert to them if the borrower defaults.

What is a deed of trust? Legal title of the real estate property is transferred to a trustee (the title company), which holds it as security for a loan between a borrower and lender. The equitable title remains with the borrower, with the lien dismissed when the loan is paid in full.

If underwriting discovers the land has a pre-existing lien against it, the title company is unable to issue a title policy that gives the bank first deed of trust. They won’t finance the deal until the borrower can resolve the lien in some way.

Depending on the circumstances and if the lien can be resolved, this, too, can be a significant obstacle.

Zoning is another common situation that can crop up unexpectedly. When land is empty and uninhabited, zoning may not be of concern. Depending on how long ago the purchase happened, zoning requirements might not even exist! But later on, something that might never have come up in the land purchase can explode into an expensive issue once construction is contemplated.

When considering a construction loan application, part of the underwriting process includes addressing insurance issues. An experienced lender might even reach out to their contacts at the city’s building department to see if the construction plan works, and discuss what they can and cannot do for the project. These explorations are an important part of the discovery process to understand expected costs.

If a construction project includes land in a flood zone, financing requires flood insurance during construction and for the mortgage later on. It can be extremely expensive and an unplanned expense. Similar to avoiding land with environmental contamination issues or title issues, a pre-purchase inspection would help a borrower avoid purchasing land with major issues that can impact construction or funding. Discovering it after the land purchase, however? Sometimes it’s just too late.

Considering a commercial construction loan or land purchase, or need a bit of financial guidance? We’re here to help! Schedule your non-obligation appointment today at a branch or loan office near you. Horizon Community Bank has locations in Arizona and Nevada.