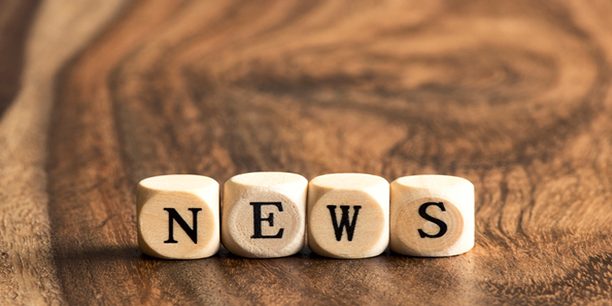 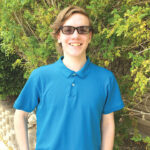 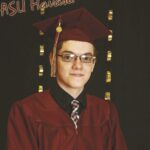 ASU Havasu’s youngest alum wasn’t always impressing his teachers. At the age of 5, Austin Leake somehow graduated from spirited youngster to being treated like a problem child at school.

Today, the 18-year-old is getting ready to tackle his second bachelor’s degree through Embry-Riddle Aeronautical University. But as a child, his classroom smarts initially puzzled his teachers. They labeled him an unruly troublemaker.

His mother was furious. She pushed back at Austin’s kindergarten teacher and a California public school’s administrators.

“I knew that he wasn’t that kind of kid,” said Austin’s mother, Lake Havasu City resident Christine Henkel. “You know your kid. And I knew what they said about Austin wasn’t true.”

One issue was that Austin would finish his classwork in a fraction of the time it took his fellow classmates. Forced to sit around and wait for them, he tried to entertain himself.

Disruptive activities such as jumping up on his desk or standing on his chair and pretending to surf led to a string of unacceptable classroom behaviors.

Still, his mom kept pushing and advocating for Austin.

“I had to really fight to get Austin an IQ test,” Henkel said. “When it finally happened, the proctor who was about to give Austin the test said to me, “Oh, so you think your son’s really smart?’ I couldn’t believe he said that to me.”

Austin’s IQ score was 140. (90 to 109 is considered average.) The kindergartener was promoted to third grade the next week.

“I was so excited,” he recalled Tuesday afternoon. “I didn’t have to practice my letters any more. I got to write paragraphs and do harder math.”

By the time he was 6, Austin was reading at college level. At age 8, he was accepted by Mensa, an international high IQ society. He entered junior high at age 9. That was when he discovered he might be a bit different than his classmates.

“Junior high was when it really started to connect. The other kids were all older than me,” Austin said.

All told, he spent four years in public schools and was homeschooled for the rest. It was a frustrating path for his mom.

“I ran into so much opposition just trying to get Austin through school,” said Henkel. “This was during the time of ‘No Child Left Behind.’ That should have applied to smart kids also. I had so many people say to me, ‘It must be so easy to raise a smart kid.’ It wasn’t. In California, you had to fight hard for everything for your child.”

“Mom pushed and fought hard for me,” Austin said. “She was a single mom spending 80 hours going to school and working full-time. But she was always trying to improve my situation. I’m lucky I wasn’t diagnosed with ADHD or something and given medication.”

Now 18, Austin is prepared to attend Embry-Riddle Aeronautical University in the fall to earn his second bachelor’s degree. He earned his first, in organizational leadership, at ASU Havasu. He began his studies there when he was 14 years old and graduated in December 2018.

Now ASU Havasu’s director, Raymond Van Der Reit was a world history professor at the school when he met Austin. He mentored the young teen for the next four years and described him as a “gentleman and a scholar.”

“Austin did well starting out of the gate. He has a real hunger to learn,” Van Der Reit said. “He’s a smart young man and I look forward to seeing how things turn out for him.”

For the past two years, Austin has worked as a credit analyst for Horizon Community Bank. “He’s a fantastic young man…If we could figure out a way to control our data risk, we would have him work for us part-time while he’s at Embry-Riddle,” said bank President and CEO Jerry Ernst. “I don’t think I’ve met a smarter young man in my life. He’s helped us create information management techniques and spreadsheets that are phenomenal.”

Horizon’s Senior Vice President Cindy Wetzel said that while he may be the youngest member of the team, Austin has been an instrumental employee.

“I’d like to clone him,” Wetzel said. “We get new insights from Austin and he’s good at seeing trends. He also helps with special lending projects. We’re going to miss him when he leaves in the fall.”

When that time comes, Austin said he’s anxious to pursue his studies for a degree in space physics. While he has some scholarship money, he’s still trying to pull around the financing.

“I’m interested in astrophysics,” he explained. “I want to learn about exotic propulsion, not chemical propellants. I want to be involved in developing new propulsion methods. That’s why I need to get my undergrad (degree) in space physics.”

“I want to work for one of the private spaceflight companies, like SpaceX, Blue Origin or Virgin Galactic. At ASU, I did my senior capstone project on how air freight in space can be done so that it’s cost effective. It is!” Austin said.

And because he’s not inclined to motion sickness, he’s ready to take a ride into outer space when it’s his turn.

“If I work for SpaceX and they let you retire on Mars, why not? Who knows? If they send me, I’ll go.”

To share good wishes with Austin Leake on the next leg of his journey, he can be reached at austincleake@gmail.com.